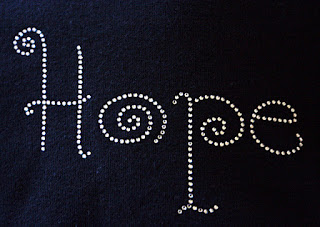 I know many of you are looking for an update to see how Emily is feeling, texts, questions, emails and we haven't responded... We really haven't been up for much talking lately, so if you have called and/or we didn't respond to texts or emails, we are sorry!

Well, I wish I could say that there has been change of some kind, but in all honesty there really hasn't been any change.  The major change would be that she is having pain along with two of the spots that she says hurt to walk. We can't figure the pain out, but if you touch them she screams in pain.  We have tried ice, heating pad, frankencense, emla cream, but really nothing seems to help.  The time she seems at most comfort is when she is asleep, as long as you don't touch the spots.

She still has the four spots, and while 2 of them seem to look better, the other 2 actually look worse, bigger and swollen. While we know they are not bug bites, because there are not actual spots to look like they are bug bites, we just don't know. The pain has been horrific at times and enough that we have had to start the Tylenol with Codeine again today from when she had her bone pain last week, but she mostly has been sofa bound or in the bath or shortly in the pool. She said they don't hurt as bad in the water.

This weekend has been really hard on Doug and I, mostly because of the pain she seems to be in and we don't know how to help her to make it better and really just what is happening.  We have been home all weekend, while most of it has been seeing her in pain, and this is really hard on us.  The pain she seems to be in is really scaring us. At one point, we almost emailed Dr. Gowda, but she doesn't want to to go the ER. On top of the weekend, Thursday we had a pretty bad storm and we lost Comcast so we haven't had any internet, phone or cable.

I did speak with Dr. Sholler on Friday, and she too is concerned about the spots on the skin. She said the bone pain she really thinks most of that is from the Zometa.  She requested that Dr. Gowda get a LDH and HMA/VMA. Which they were done. (Thankfully Friday afternoon Dr Gowda emailed and said that the LDH has come back normal and that the HMA and VMA should be back Monday or Tuesday) She also said please don't cancel the MIBG scan as of yet that you all have there, but I am going to start working on getting one in Michigan.  The concern would be that if this is truly progression, Emily would need to have the MIBG scan there to qualify for another trial there and insurance may not approve two MIBG's so close together. She said that she wasn't real sure about getting Emily in this coming week because she has quite a few kids coming in, but she would see what she could do. She said she has hopes that the spots are only infection, but that she couldn't lie and say she wasn't worried that they are anything else. As of right now, she wants to play it out and see what happens at tomorrows clinic appointment and then go from there. So, its really a possibility that we could be making a trip to Michigan.

As for Doug and I, we have tried to read and read and find information, but we have been unable to find anything much really. What we really found is that with the skin neuroblastoma is only 12% that get it and mostly found in infants.  So we have to look at it that the possibility is 50/50 chance.  Yesterday I think I tried to read and find out about information, that I just had to get away from it, because it was really starting to drive me crazy and the anxiety was building.

I have received a few messages again and instead of replying to all of them, it is easier just to post so that you all know... but most have been asking what would be helpful during this time... gas gift cards in the possibility we have to travel, donations by clicking here...others are asking what is Emily into these days and honestly she has been into her finger nails, painting and her Nintendo DS 3d.

Chemo should have been starting as a possibility of tomorrow if her ANC was ready for the last round of this trial, but Dad and I will not allow her to start with these spots and not knowing what they are. Dr. Gowda also indicated that right now any thoughts of a biopsy is not good because of low platelets.  She is still off the Nifurtimox until we know what is going on and Dr. Sholler is agreeable with this.

Tomorrow is a new day, and the hope is that they are better, almost gone and Emily be moving forward. Please send your thoughts and love.  Also this week I will be trying to work on finding a place to get VA Blood Services out and have a day where people come and donate blood or platelets in honor of Emily (Thank you Mary Ann for getting a number for Emily).  We will update you all as we know more information as to what is going on.

Make sure you hug and kiss your kids everynight and tell them how much you love them.
Posted by Emily's Family at 8/05/2012